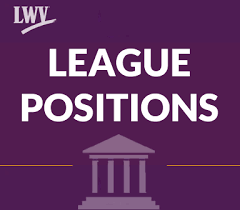 At its Annual Meeting held on June 12, 2022, the LWVN membership approved the formation of a Consensus Study Committee to update it’s zoning positions. This will be an intensive study of local zoning, and will be conducted in four stages:  research and study; consensus meetings; preparation of a study report; and determination if an existing position should be revised or deleted, or if a new position is warranted and development of that position.

We are inviting all members to join us in the conduct of this study.  There are lots of opportunities to participate, on whatever level and devoting as much time as you are comfortable with.

The study will be focusing on five key areas:

Anyone interested in participating should fill out this Form, letting us know what you are interested in and how much time you have to participate.  A LWVN Board member will get back to you with further details.

END_OF_DOCUMENT_TOKEN_TO_BE_REPLACED 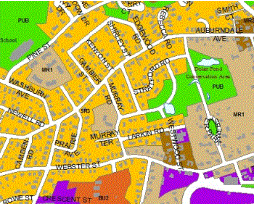 At its Annual Meeting held on June 12, 2022, the membership approved the formation of a Consensus Study Committee to Update Zoning Positions.

More information about this study and the reasons for it are described below.  This will be an intensive study of local zoning, and membership interest in welcome and encouraged.  Anyone interested in participating in this committee should Contact Us.

END_OF_DOCUMENT_TOKEN_TO_BE_REPLACED

In August 2020, I had the pleasure of having a conversation with Councilor Crossley, Chair of the Zoning & Planning Committee of the City Council  (ZAP). As a follow-up, this evening, to that program, I spoke with Deb about the City’s progress on zoning redesign, with a focus on:

Please watch for an upcoming program on the MBTA Communities legislation and what it might mean for Newton.

END_OF_DOCUMENT_TOKEN_TO_BE_REPLACED

September 13, 2021 (Monday, 7:00-8:00pm) – Reimaging our Village Centers.  As part of the City’s community engagement efforts related to the redesign of the City’s Zoning Code, LWVN invited community members to get together to share their experiences of, and their future visions for, their village centers.

END_OF_DOCUMENT_TOKEN_TO_BE_REPLACED

Thanks to everyone who came to our forum this evening! Below are the questions we received from the audience, grouped into topic areas, followed by answers from Councilor Deb Crossley. END_OF_DOCUMENT_TOKEN_TO_BE_REPLACED

Dear Chairman Schwartz and Members of the Land Use Committee,

The League of Women Voters of Newton (LWVN) supports the proposed Northland project because it leverages underutilized space that offers substantial improvements for Newton residents.  With this development we will be able to work towards our common goals of increasing housing diversity; mitigating the use of cars; creating new recreational open space; encouraging walking, biking, and use of the Greenway; attracting new shops, restaurants, and other kinds of employers and increasing our commercial tax base.

In the Globe article NIMBY? Not in these cities and towns Watertown, our neighbor, was cited as an example “In Watertown, which permitted 1,296 housing units in the four-year period, Community Development and Planning director Steve Magoon credited the town’s regulatory and elected boards with making the tough decisions needed to allow projects to go forward”.  We believe that Newton should also continue to step up to address the housing crisis in the metro Boston area.

The Newton City Council over the past few years made the difficult decisions to approve both the Austin Street and Washington Place projects.  With the Northland project, the City Council of 2018-2019 once again has the opportunity to make another tough decision and do the right thing by approving this development.

Northland’s proposal will provide a diversity of housing options that Newton needs, with an alternative to single-family homes, which many people – from young professionals, to seniors looking to downsize, to people who work in Newton – are looking for but cannot find right now.

The developer is committed to sustainability and is working with Green Newton to maximize environmentally-friendly features, including those listed below.

And finally, the project will generate increased tax revenue for the City.