You are here: Home / Archives for Workings of the LWVN / LWVN Programming / The League Presents... 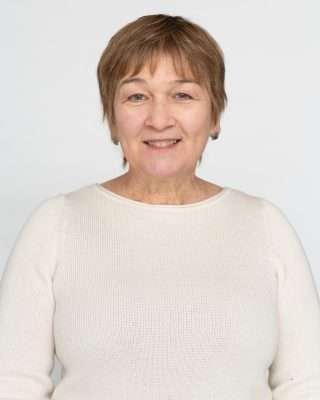 Recently, I had the pleasure of having a conversation with Councilor Crossley, Chair of the Zoning & Planning Committe of the City Council,  (ZAP).  The City of Newton’s Zoning Redesign project is a multi-year effort to update and rewrite Newton’s Zoning Ordinance. “Zoning is the set of laws governing such things as the size and shape of buildings, additions and renovations, and what types of activities can take place in which buildings”.  We talked about the following topics:

Information and regular updates about Zoning Redesign can be found at the Current Drafting Status page on the city’s website.

Gloria Gavris, a Newton resident, joined Marcia Johnson for a conversation about her book E is for Election Day.   During the conversation we learn about Gloria’s early involvement in elections and civic engagement in her home town of Everett Massachusetts.  At an early age she became involved in her father and brother’s campaigns for local office.

Gloria also shared how she has been working with educators to help students, of all ages, learn more about elections and how they can become actively involved.  She shares how her book became something special to her and some of the 2016 presidential candidates.  It is fascinating!

With the 2020 presidential, congressional and state legislative campaigns in full-swing, Gloria shares ideas on how parents can use this book as an educational tool to help their families learn, real-time, more about the election process.

On January 23rd,  Fredie Kay, Founder & President of Suffrage100MA was the League’s guest.  The Voting Rights for Women show focused on three topics regarding the celebration of the upcoming 100th anniversary of the adoption of the 19th Amendment to the U.S. Constitution, ratified in 1920, prohibiting the federal and state governments from denying citizens the right to vote on the basis of sex.

Suffrage 100 Massachusetts  It’s mission is to commenorate the centennial of the ratification of the 19th Amendment, granting women suffrage.

The  Women’s Right-to-Vote Coaltion of Newton  – We have joined together to celebrate the 100th anniversary of the passage of the Nineteenth Amendment which established women’s right to vote nationwide.  Through education and the arts, we honor the struggle suffragists endured to gain this first step in voting rights and acknowledge that the journey continues.

allies won the biggest growth in deocracy in the last 100 years.  We celebrate this great accomplishment by standing in our power, but at the same time, we acknowledge that the 19th Amendment did not break down voting barriers for all women.  Even today, our work is not done.

Thank you to Fredie Kay.

On December 19th, Mayor Fuller was the League’s guest. for A Look Back….A Look Forward

She has just about finished the first half of her four-year term.  We used this time to reflect on her accomplishments, her learnings, and her priorities going forward.  Her mission is from the NNHS inscription/oath: To Strive in all ways to transmit our city greater, better, more beautiful than it was transmitted to us.

Some highlights from our conversation:

Accomplishments:  Greatest accomplishment was the fulfillment of Full-day Kindergarten; Proactive planning and investment in/for our villages and commercial corridors; The revised and enhanced Inclusionary Zoning ordinance.  New affordable housing is on the horizon with Golda Meir House, Howard Haywood House and much more to come.

Learnings:  The City has great employees. Working together is key…the City Council, School Committee, residents, advocates, our state delegation.  Listening carefully and responding respectfully, as things  take time and can be harder than originally thought.

Priorities:  Making sure Newton is built the way we want…zoning redesign.  Having a new home for our seniors.  Major infrastructure projects are done well and we move forward on climate change actions including an Energy Coach.

Thank you to Mayor Fuller for an interesting and informative conversation.