You are here: Home / Archives for Workings of the LWVN / no-front-page 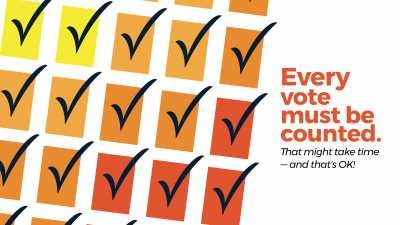 Democracy is worth waiting for!

An unprecedented number of voters participated in these elections.  Every eligible voter should have their voice heard and their vote counted. When we take the time to count and verify every ballot, it’s a sign that our democracy is working.

If you have been admitted to a healthcare facility or you are instructed to quarantine in your home within 1 week of the election, you may use the absentee ballot application to designate someone of your choice to deliver a ballot to you.

The person you designate to deliver your ballot will need to bring the signed application to your local election office, pick up your absentee ballot, bring it to you, and return it for you by the close of polls on Election Day. Emergency ballots may be requested up until the close of polls. 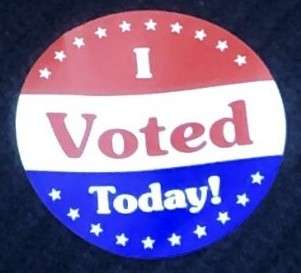 Now’s the time to act!

END_OF_DOCUMENT_TOKEN_TO_BE_REPLACED

RCV is a voting method in which voters rank candidates according to their preferences.  The LWVN thought it was important for us to provide our members and Newton Voters more information about RCV.  In our latest The League Presents…,  Marcia Johnson discussed Ranked Choice Voting with Susan Millinger, LWVMA Board of Directors and LWV Amherst Steering Committee member about RCV and covered the following topics:

History and Benefits of RCV:

For more information, please refer to the Secretary of States’ Office.

With the holiday season underway, the LWVN Board encourages you to join us in supporting local food banks, an essential resource to so many as challenging times continue. Here are three that are located in Newton:

We wish you a healthy and safe Thanksgiving holiday.

The LWVN Board of Directors
... See MoreSee Less

We are sharing the link to the "Color of Law" event, hoping you'll watch if you did not attend the webinar. Great to work alongside Newton Free Library and FORJ - Families Organizing for Racial Justice, Newton MA!
**Note the program starts "about 10 minutes in"**
https://vimeo.com/472303039 ... See MoreSee Less

Richard Rothstein, The Color of Law

In, The Color of Law, A Forgotten History of How Our Government Segregated America, national best selling author Richard Rothstein argues with exacting precision...

Last week, the Massachusetts House of Representatives passed key provisions of the ROE Act as an amendment to the House budget. (See LWVMA testimony on the ROE Act: https://lwvma.org/wp-content/uploads/2020/10/LWVMA-Testimony-H.3320-S.1209.pdf).

This week, the Senate considers ROE Act provisions as part of its budget in Amendment #180, which would codify safe and legal abortion in Massachusetts.
(See Amendment:https://malegislature.gov/Budget/FY2021/…).

Please call or email your State Senator now and request that they support Amendment #180 and commit to vote down any provisions that would prevent equitable abortion access in the Commonwealth.