Volunteer readers from the League of Women Voters of Newton (LWVN) have reviewed the application for the use of Community Preservation Act (CPA) funds to pay for the proposed acquisition of Webster Woods by the City of Newton pursuant to an eminent domain taking.

LWVN is concerned about the process of using eminent domain to acquire Webster Woods.  While the choice of the method of acquisition is not under the purview of the Community Preservation Committee (CPC), acquiring Webster Woods with CPA money signals acceptance of the decision to use this acquisition tool.  We believe that a more open and transparent process would have been helpful to allay concerns on our Board and allow us to give a whole-hearted approval.  Because this did not happen, we do have some reservations that the taking of this land by eminent domain without a full understanding by the public as to its necessity sets a problematic precedent.

Nevertheless, on balance most, but not all, of our Board members support this application and recommends that the committee support this proposal for the following reasons:

Our readers and members of the Board did, however, express the following concerns regarding the proposal, which we request be addressed before the application is approved:

Overall:  LWVN supports the acquisition of Webster Woods but would like to have a better understanding of why eminent domain has been determined to be the best method for the acquisition of the land, and see a more realistic estimate of the project costs and the use of more non-CPA dollars to fund the project.

Click here to share your ideas about how Newton should use its CPA funds!   Most of this survey’s 8 questions are multiple-choice. 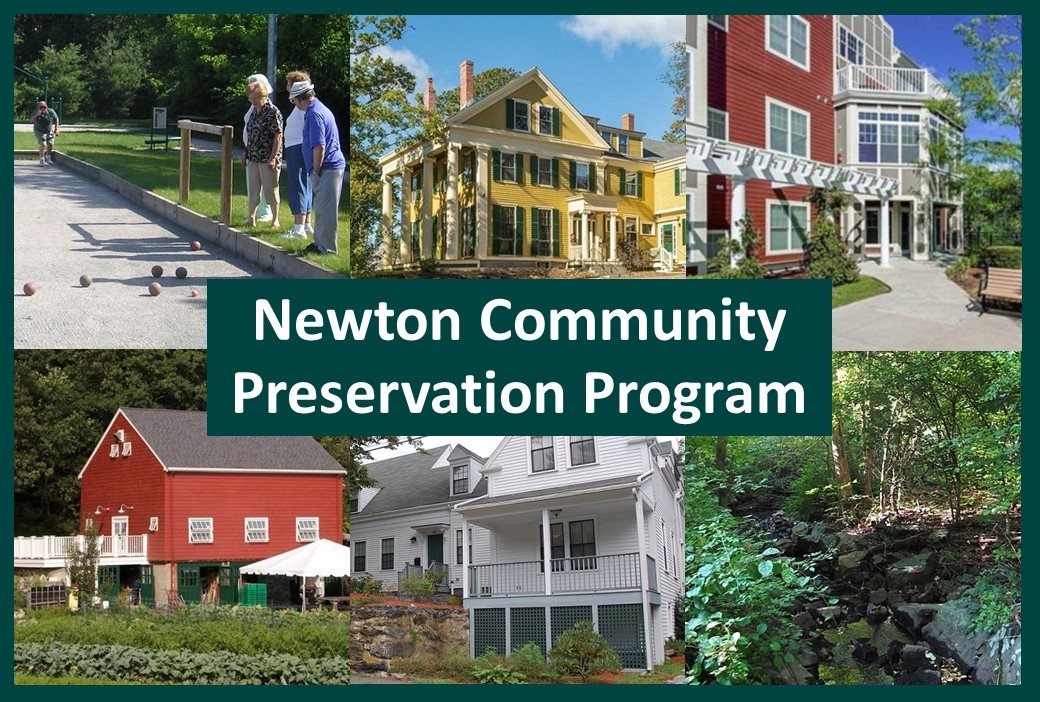 Share Your Ideas About How Newton Should Use Its Community Preservation Act Funds!

The Community Preservation Committee’s new community survey has only 8 questions and can be completed in about 6 minutes. To share your ideas about funding priorities for affordable housing, historic resources, open space and recreation land, go to the program’s home page, www.newtonma.gov/cpa, or click on this direct link: https://www.surveymonkey.com/r/G5KSBZD.

For help, contact program manager Alice Ingerson at aingerson@newtonma.gov or 617.796.1144. Thank you!

On Friday, April 26th from 4 to 7 pm, come put the revitalized Newton Highlands Playground through its paces with games, family activities and refreshments! The Parks & Recreation Dept. combined $2.7 million in CPA funding with CDBG (federal) funds to create a new tot lot, courts, playing fields, and accessible pathways and to improve the woodland trails. The playground is at 10 Dedham Street