Candidate for Councilor at Large, Ward 2 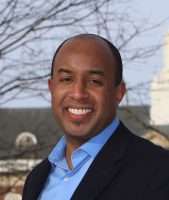 Endorsed by the Newton Teachers Association. Vice-president of the Newtonville Area Council. Newtonville Historic District Commission (alternate). I have been employed at Harvard University Press for the past 11 years as a Royalty Specialist.

As a Newtonville Area Councilor, I made a conscious decision not to change the wording of our Charrette Report of May 2018. The vote came down to whether we would use the wording, “many hundreds” or “1000” new apartment units on along Washington Street. I voted to keep the wording as, “many hundreds.” Ultimately the NAC voted in favor of using, “1000”. I regret voting the way I did. If I could go back in time, I would have voted to change the wording from “many hundreds” to “1000”. Another thing that I do regret is that I did not get involved in local politics and government at a much younger age in life.

Yes. Newton must do its part to fight climate change. The Newton Citizens Commission on Energy has set goals to help reduce Newton CO2 emissions by 2050. Some of the goals are realistic, while some of them are wishful thinking. But overall, we do need to reduce our carbon footprint.

For Riverside, I support the Lower Falls Improvement Association’s zoning amendments to the site. The zoning amendments would ensure that a project would be built at the site. And it would be similar to the project that was approved by the City Council back in 2013. For Northland, I would support one of two proposals. Either reduce the number of apartment units and the commercial square footage. Or build the entire Northland project in phases to see if the Traffic Demand Management (TDM) is feasible and effective. Bottom line; the 1,300 apartment units are too big for the area. They will NOT be sustainable.

The City Council should tackle all of the issues equally and with the same level of priority. My top priority is to make the Newton City Government more transparent. During my Ward 2 at-large forum, I stated that the voting records of every elected official should be listed on the City’s website. There needs to be easy access to the voting record of every City Councilor and School Committee member. But each person should put their own voting record on their own personal website. Another priority is to shrink the size of the City Council, while retaining the Local Ward Councilor. For that, I fully endorse the 8-8 model.