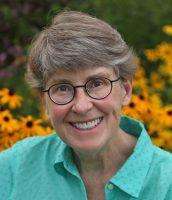 I’ve been happy with all my major life decisions concerning school, work, travel, changing careers, buying a house. Any regrets are for things not done. In particular, with hindsight looking back on the last few years, I wish I’d felt ready to run for City Council myself back when Greer Tan Swiston did not run for reelection, instead of calling up people I thought would be good and trying to get them to run.

Yes, although I’d characterize this as a goal rather than a proposal. Climate change effects are ever more apparent, and while achieving net-zero in life may seem unattainable now, the next 30 years (like the last 30) should bring great improvements in technology. But we need to insist on best available energy efficiency in new construction now, since we’ll be stuck with those buildings past 2050. And it’s not enough to eliminate emissions “in Newton” since so much of our carbon footprint is caused by the stuff we buy, including plane trips. We also need to keep and plant more trees for climate change mitigation, not cut them for solar.

Zoning for large parcels should be primarily commercial to address fiscal needs, but at a scale that roads and transit can handle, not based on wishful thinking about transit improving. The MBTA doesn’t expect Green Line capacity to increase until 2040, so the best use for Riverside is to attract reverse commuters. Northland is not on transit, and would result in more car trips if the shuttle service does not pan out. Projects like this should not be supported by the City Council without the highest energy efficiency standards, and a clear net fiscal benefit for the city. The Washington Street Vision’s fiscal impact analysis has disappeared.

The pattern of overdue contract settlements is disturbing, but not in control of the City Council. My priorities include not missing opportunities that we won’t get again, like protecting Webster Woods, and preserving unique assets like the Armory. We don’t regret the parks we have or the historic buildings we’ve saved — just what we’ve lost. We do need more senior center space for our growing senior population, but even most seniors I’ve heard from don’t want to take parkland. Seriously consider other city properties, perhaps combined with a renovated current center. I also want sensible spending, not $500K no-bid consulting contracts.