You are here: Home / Archives for Workings of the LWVN / Newsletter / 2018-19 Winter Newsletter 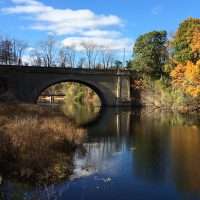 Creating Greenways Along the Charles

Join us for a panel discussion of the parklands along Charles River in Newton. The panelists will present the history and a vision to restore this heritage, including new bike/pedestrian greenways along the Charles River and the role greenways play in maintaining the health and vitality of the river, the people and the communities.

Dan Driscoll, Director of the Office of Recreational Facilities Planning, Massachusetts Department of Conservation and Recreation

This event is sponsored by the Newton Free Library and co-sponsored by The Riverside Greenway Working Group, Newton Conservators, Bike Newton, The Solomon Foundation, Green Newton and the League of Women Voters Newton

This past fall, LWVN commented on several applications before the Community Preservation Commission (CPC).  Below are excerpts from our letters.

In general, we feel this project has lots of positive aspects.  Specifically, the new units fill a large need in the community, have permanent deed restrictions on the affordable units; is aiming for LEED silver construction, will partner with Hearth, Inc., and leverages CPC funding to access other funding, limiting CPC funding to about 11% of the project cost.

Our main concerns are the support of the neighboring community and the question of seniors who should suddenly find themselves in financial difficulty.

Regarding the current application, this is part of a multi-stage project that goes back to 2015. Our readers found that the organization has successfully managed its earlier construction projects and are inclined to recommend this project.  However, one reader raised the question about whether or not the proposed theatre space would generate enough income needed to finish the renovations, and wondered if a needs assessment has been done.  The idea was raised of possibly generating more income from providing rental space to non-profits and small businesses than from theatre space.

This past week, LWVN lost a longtime member who was a dedicated Topic Meeting attendee and a kind, engaged person.  Doris Lelchook, age 94, passed away on December 5th.   Our condolences to her family–we will miss her cheerful personality.

Our goal is to educate our public; and from that stems some lively conversations.  I always keep the League of Women Voters standard to never support any particular candidate over any other.  In this day and age, it is a real challenge to always take the middle road (high road) and neither agree nor disagree when the person in front of me is lambasting or extolling a particular politician.

I draw attention to the candidates’ forums, where we encourage everyone running to step forward and present themselves to the public, usually in front of a television camera with all the other candidates running for the same office.  Also this year, the state League developed a Voters Guide with a live link that delighted everyone when we mentioned it.  Candidates running for the same position answered the same questions so the public can compare their responses.  Now that the Primary is over, the same link will be used for a Voters Guide for the General Election in November once LWVMA receives their responses.  This link is www.InformedVoterMA.org.

Many people are still surprised that we do take positions on issues.  They think that we are, or should be, totally non-partisan.  To that I usually respond, with a great deal of cheek, that if we never took positions on issues, women would probably still not have the right to vote.  That response sets people back on their heels nodding in the affirmative: that makes a lot of sense.

In November’s General Election, when you vote you will receive two separate pieces of paper.  The first is the ballot for the state offices, including three ballot questions.  They are: 1) nurse to patient ratio; 2) forming a citizens commission on limiting election spending and corporate rights; and 3) transgender anti-discrimination.  The second piece of paper asks two Municipal questions (Newton only) on marijuana; if it should be sold in Newton, and how many stores will sell it.

The League says please vote Yes on state ballot questions #2 and #3, with no position on question #1 which we are hoping will either be the subject of a League topic meeting, and/or the subject of our October television show on NewTV entitled “The League Presents…”.

So stay tuned to our weekly emails for the latest updates and see you at the Farmers Market and Harvest Fair on Sunday, October 14th, on the Newton Centre Green.

I’m sure we’re all glad that election season is over (for now)! It was a busy, confusing, anxious, nerve-wracking time.   After a well-deserved break, we can look forward to a number of events for League members and the community at large, focused on issues such as ranked choice voting.

Usually state election years are quieter years for LWVN—but not this year.  We started early in the summer, planning candidates’ forums in time for the primary elections. In partnership with NewTV and a number of other local Leagues, we held a forum with Rep. Joe Kennedy and opponent Gary Rucinksi. We planned a forum for Governor’s Council but that fell through at the last minute.

At this point, LWVN began to focus on the three state ballot questions.  Both the September and October episodes of LWVN’s program on NewTV, “The League Presents…” were dedicated to discussions of the ballot questions.  We hosted LWVN member and ACLU of Massachusetts Board Member Holly Gunner in our review of Questions 2 and 3, on a constitutional amendment about money in politics and about transgender rights, respectively.  We also hosted representatives from the ‘yes’ and the ‘no’ sides of Question 1, the patient-to-nurse ratio question.

Our first Topic Meeting of the year in October also hosted representatives from both sides of Question 1, as well as both sides of the marijuana questions on the Newton special ballot.  The notes were available on our website for those who couldn’t attend. Thanks to Frieda Dweck for organizing and moderating this event.

Lasell Village asked LWVN to help their residents learn more about the ballot questions.  Thanks to two LWVN Board members, Alicia Bowman and Alice Donisi-Feehan, who volunteered to lead this meeting.

In addition to these activities, our voter registration crew was extremely busy registering hundreds of new voters in the summer and fall.  Led by Sharyn Roberts, the group was visible at Farmer’s Markets, July 4th, Village Days, the Harvest Fair, as well as at both high schools. Thanks to all who participated over the course of the season.

As all this was happening, LWVN’s CPA (Community Preservation Committee) evaluated two proposals this fall:  one to fund an appraisal and legal counsel regarding Webster Woods and another to fund a sizable expansion of senior affordable housing at the Golda Meir House.  Many thanks to CPA committee members for evaluating the proposals.

So what are our upcoming plans?

And of course, in the spring municipal elections will begin to grab our attention.  We will hold our ‘Don’t Just Stand There…Run’ event for those interested in running for office or helping others run for office.

As always, if any of these activities interest you, please contact us at info@lwvnewton.org,  We will continue to keep you updated on our activities and other events of interest with our weekly emails.