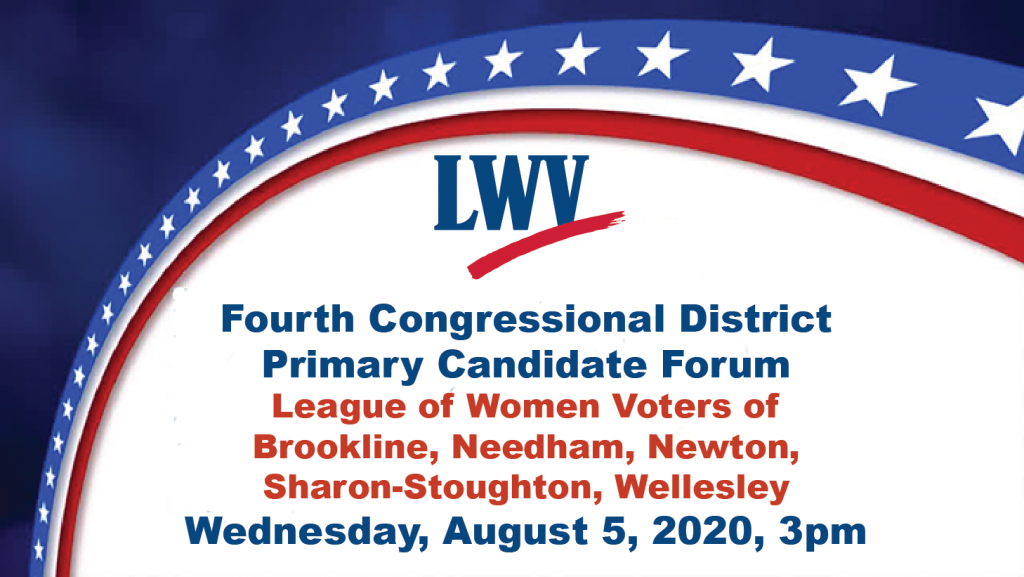 END_OF_DOCUMENT_TOKEN_TO_BE_REPLACED

LWVN held 10 Candidates’ Forums this election season, including two for Ward 5 Ward Councilor, both before and after the preliminary election.  All were produced with NewTV, our long-time partner, recorded at NewTV, and made available through the NewTV and LWVN websites.  These were for contested seats on the City Council only.  Although there were also three contested School Committee races, one candidate in each race declined to participate.  Because LWV does not hold ‘empty chair’ debates, we had to cancel the School Committee Candidate Forums.

The LWVN Online Voters Guide did include all candidates for City Council and School Committee, including those in uncontested races and those whose opponents chose not to participate.  This was made available to the public approximately three weeks before the election.  City Council candidates were asked four questions, and the School Committee members were asked five.

LWVN also created ‘Saturday Night at the Races,’ a ‘candidating’ type event for City Council candidates, which was co-sponsored with 7 other Newton organizations.  The event was held at the War Memorial at City Hall, and involved groups of citizens conversing with the City Council candidates by ward.  Every 15 minutes, voters were asked to move to a new table to meet a new set of candidates.  This was quite well-received, both by the candidates and by the voters, who enjoyed an opportunity for face-to-face discussions on issues raised directly by the voters.  Many especially appreciated being able to meet with candidates who did not have challengers, but who nevertheless made the effort to meet voters and discuss important topics.  We expect to continue this event in the next election, but will work to address some issues raised (mainly the noise level and timing).

In an effort to learn more about a new incoming City Councilor, LWVN did also host Ward 8 Ward Council candidate Holly Ryan on our monthly NewTV program, ‘The League Presents’.  Because Holly did not have a challenger, either on the ballot or as a write-in, we felt it was acceptable to meet with her individually and talk about some of the same issues discussed in our Candidates’ Forums.

LWVN thanks our Voter Service team of co-chairs Bonnie Carter, Sharyn Roberts and Sue Flicop, as well as Lucia Dolan, Lois Levin, Karen Manning, Lisa Mirabile, dozens of LWVN volunteers for the Candidates’ Forums and Saturday Night at the Races, the wonderful NewTV staff, and our co-sponsors for Saturday Night at the Races:  Green Newton,  Mothers Out Front, 350 Mass for a Better Future, Newton Needham Regional Chamber, Newton Conservators, Newton Council on Aging!

LWVN and NewTV have finished taping Candidates’ Forums for all the City Council races, including a second round with the Ward 5 Ward candidates.  We chose to include write-in candidate Rena Getz with the winners of the preliminary election, Bill Humphrey and Kathy Winters, as she met League criteria used in the 2017 Ward 4 Ward Councilor election.  Look for the programs to all be released over the next couple of weeks!

LWVN will be producing an online Voters Guide in October, so be sure to check the website lwvnewton.org.  NewTV has produced Candidate Messages, 3-minute messages which all candidated were invited to create, available in October at NewTV.org/Decision2019

Please note that the tapings of the forums are not open to the public, though all are encouraged to view the programs on NewTV or online as they become available. We also encourage you to send us your questions using the form available on the lwvnewton.org site, at Questions for Candidates 2019.

We are preparing for upcoming LWVN/NewTV Candidates’ Forums and the LWVN Voters’ Guide and need your help!  Send us questions YOU would like to ask candidates for At-Large City Council, Ward Council and School Committee seats.  We can’t guarantee they will be used verbatim, but we will try to address as many topics and questions as possible.  We especially appreciate questions that are direct and about 1-2 sentences long–these tend to mean more direct and focused answers. Please use this form to submit your questions:  Questions for Candidates 2019.

Our forums will be taped at NewTV, to be shown on NewTV at a later date and available online.  Check our website in mid-August for viewing information!

LWVMA is recognized locally and statewide for our work moderating informative, respectful, and inclusive candidate and issue forums. The competence and fairness of League-trained moderators has contributed to the high level of public trust LWVMA has earned. This work is essential to our mission and identity as a nonpartisan political organization working for good government.

In Fall 2019, cities will be in need of moderators for forums for many city council races! They will count on neighboring Leagues to help them. This is a great way to gain skills and get involved.

LWVMA and the League of Women Voters of Salem are co-hosting a moderator training on June 12. Acton League member and expert moderator Jo-Ann Berry will lead this training.