You are here: Home / Archives for ACT - Action & Advocacy 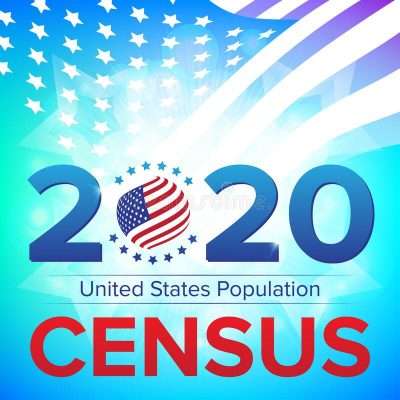 The 2020 Census asks a few simple questions about you and everyone who was living with you on April 1, 2020.  Please complete your form online, by phone, or by mail when your invitation to respond arrives. Visit my2020census.gov to begin.

Importance of the Data:  The 2020 Census will determine congressional representation, inform hundreds of billions in federal funding every year, and provide data that will impact communities for the next decade.

Impact in Your Community:  School lunches. Plans for highways. Support for firefighters and families in need. Census results affect your community every day.

Volunteer readers from the League of Women Voters of Newton (LWVN) have reviewed the application for the use of Community Preservation Act (CPA) funds to pay for the proposed acquisition of Webster Woods by the City of Newton pursuant to an eminent domain taking.

LWVN is concerned about the process of using eminent domain to acquire Webster Woods.  While the choice of the method of acquisition is not under the purview of the Community Preservation Committee (CPC), acquiring Webster Woods with CPA money signals acceptance of the decision to use this acquisition tool.  We believe that a more open and transparent process would have been helpful to allay concerns on our Board and allow us to give a whole-hearted approval.  Because this did not happen, we do have some reservations that the taking of this land by eminent domain without a full understanding by the public as to its necessity sets a problematic precedent.

Nevertheless, on balance most, but not all, of our Board members support this application and recommends that the committee support this proposal for the following reasons:

Our readers and members of the Board did, however, express the following concerns regarding the proposal, which we request be addressed before the application is approved:

Overall:  LWVN supports the acquisition of Webster Woods but would like to have a better understanding of why eminent domain has been determined to be the best method for the acquisition of the land, and see a more realistic estimate of the project costs and the use of more non-CPA dollars to fund the project.

Dear Chairman Schwartz and Members of the Land Use Committee,

The League of Women Voters of Newton (LWVN) supports the proposed Northland project because it leverages underutilized space that offers substantial improvements for Newton residents.  With this development we will be able to work towards our common goals of increasing housing diversity; mitigating the use of cars; creating new recreational open space; encouraging walking, biking, and use of the Greenway; attracting new shops, restaurants, and other kinds of employers and increasing our commercial tax base.

In the Globe article NIMBY? Not in these cities and towns Watertown, our neighbor, was cited as an example “In Watertown, which permitted 1,296 housing units in the four-year period, Community Development and Planning director Steve Magoon credited the town’s regulatory and elected boards with making the tough decisions needed to allow projects to go forward”.  We believe that Newton should also continue to step up to address the housing crisis in the metro Boston area.

The Newton City Council over the past few years made the difficult decisions to approve both the Austin Street and Washington Place projects.  With the Northland project, the City Council of 2018-2019 once again has the opportunity to make another tough decision and do the right thing by approving this development.

Northland’s proposal will provide a diversity of housing options that Newton needs, with an alternative to single-family homes, which many people – from young professionals, to seniors looking to downsize, to people who work in Newton – are looking for but cannot find right now.

The developer is committed to sustainability and is working with Green Newton to maximize environmentally-friendly features, including those listed below.

And finally, the project will generate increased tax revenue for the City.

Did you vote by mail? Track your ballot at www.TrackMyBallotMA.com

VOTE ELECTION DAY at your polling location www.WhereDoIVoteMA.com
Nov 3 - 7am to 8pm

Newton voters...
Don’t wait —VOTE by mail today! Make sure to follow all the instructions included with your ballot.

* Mark your ballot carefully by filling in the ovals completely

* Place your ballot in the yellow ballot envelope and seal the envelope.

* Sign the ballot envelope on the signature line and print your name and address where indicated.

* Put your signed, sealed yellow ballot envelope into the white return envelope and seal that envelope.

* Return your ballot by mail or in-person at the drop boxes located at City Hall.