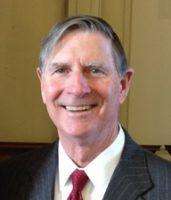 I am seeking re-election to my 19th term as the Ward Councilor for Ward 7 on the Newton City Council. I currently serve as President Emeritus of the City Council and on the Council’s Zoning and Planning and Programs and Services Committees. I am also a law professor at Suffolk University Law School.

Like my colleagues at the time, I followed the recommendations of the Administration to support the sale of the Warren Junior High School in West Newton for housing when the School appeared unneeded for future Newton students. That prediction turned out to be inaccurate.

I support the goal of eliminating greenhouse gases by measures that make sense for Newton citizens to undertake at costs that they can afford. New construction can be more easily made energy efficient. The challenge is for older homes and automobiles. I understand that they must become all electric for the goal to be met.

As these projects are both before us for continued deliberation, and the Council acts in a quasi-judicial role in deciding them, the Newton Law Department has advised Councilors not to take a public position while that process is still ongoing.

Webster Woods is an open space resource which, if permanently preserved, will benefit Newton citizens indefinitely. That is my highest priority.