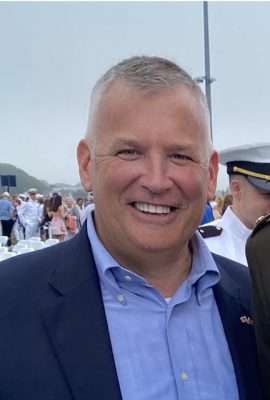 Question 1: What in your background prepares you to be effective in the political office you are seeking?

My background includes 3 previous terms as a City Councilor at Large representing West Newton (Ward 3). While on the City Council I served on the committees of Finance, Land Use, and Public Safety & Transportation. I learned my deep compassion for people from my service as US Marine, working for Habitat for Humanity, and serving on the boards of various non-profit organizations to include: Harvard Street Neighborhood Health Center. Additionally, while not on the City Council for the past 2 years I volunteered on the West Newton Square Working Group to rebuild West Newton Square.

Question 2: If you're elected, what will be your first priority? Why? How will you address your priority?

My priority on joining the City Council will be to reestablish the quality constituent services that I previously provided. The Ward Councilor is your direct representative to the city administration and provides a resource for issues such as street repair, funding parks and recreation, ensuring the schools have the resources to property educate your child, and services for the less fortunate and underrepresented.
To address this priority I will seek to be installed in a leadership position on either of the Public Safety, or Programs and Services Committees, which are 2 committees with a direct impact on residents.

Question 3: How will you make your decision to vote on a proposal that positively affects Newton overall but seems less so for all or part of your ward?

All of the 8 Wards are represented by 3 City Councilors, with 2 being elected At-Large or City Wide, and one being elected to represent the Ward. Part of the rational of this configuration is that the Ward Councilor has to prioritize the Ward over City matters in most cases, as it’s up to the At-Large councilors to think city wide and possibly rule out the ward for overall priorities.
There have been votes in the past wherein the majority of the Ward Councilors will vote one way, and the remainder of the councilors being at large voted differently.
As a ward councilor I will be elected to effectively represent the residents of my ward.