Candidate for Councilor at Large, Ward 6 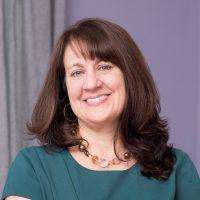 I regret not becoming involved in the planning process of Chestnut Hill Square. Despite being very closely located to several major apartment complexes and dense neighborhoods, it is a very difficult site to get to on foot or by bike. It is a site people walk to and some bike to. Most are very concerned for their safety while doing so. Certainly, many more people might have considered walking and biking with even some small changes. If housing is to built on this site as initially planned for, pedestrian and bike access should be revisited and I will most certainly participate.

The city should adopt this bold goal. We must cut our greenhouse gas emissions significantly in the coming decades if we are to reduce the worst impact of climate change. Without significant change starting now, the world could reach 2`C by 2060 resulting in profound impacts on weather, food production, the economy, public health and the stability of countries around the world. Instead the world should be working towards keeping temperatures under 1.5` C by reducing GHG by at least 49% by 2030 and then neutrality by 2050. Much of this can be done with existing technologies, but will require significant investments and changes in how we live.

Newton needs more housing for current Newton residents and to help with the regional housing crisis. Development is a key way to get that housing, especially affordable housing and to grow the commercial tax base to fund infrastructure and other public needs across the city. Riverside could have great mixed use, transit-oriented development with the green line and the Charles River recreational area. Northland is a large site and could be a great opportunity to provide much needed housing and links to desirable amenities for people living an working here. Sites should minimize vehicle trips and promote trips by transit, walking and biking.

Union contracts need to be settled. Newton teachers are a highly valued but their pay does not reflect this. Strong schools need great teachers. To attract and retain great teachers good pay is required. Webster Woods is the largest contiguous forest in Newton and only the city can guarantee it will remain pristine. Funding for Webster Woods, would be fully funded by CPA funds set aside for acquisition of new open space. We need a new Senior Center as the current Senior Center is woefully inadequate. Fund this like a new school, debt exclusion override. Invest in rehabilitating our open spaces including parks, playgrounds, and trees.