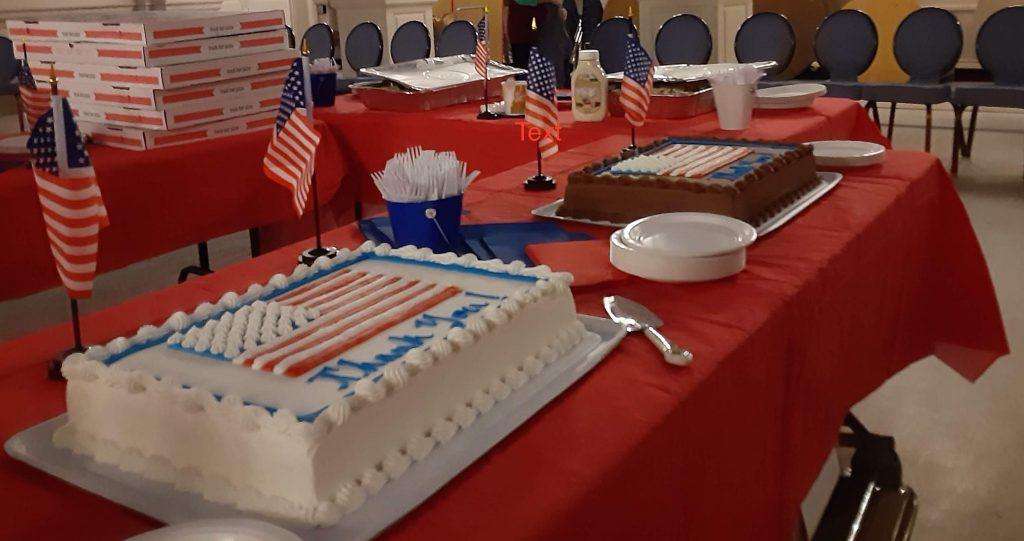 The Newton Election Commission and City Clerk’s office, along with LWVN, thanked our hard-working pollworkers with a supper on Tuesday, January 21st.  LWVN supplied the cakes, paper goods and drinks.  Many thanks to LWVN volunteers Alice Donisi-Feehan, Frieda Dweck, Sue Flicop, Marcia Johnson, and Sharyn Roberts for all their help in providing these items and greeting pollworkers.

City Clerk David Olson noted that there are FOUR elections to come in 2020, starting with the Presidential Primary and Newton City Referendum, both on March 3, followed by the State Primary on September 1 and the Presidential Election on November 3.  If you can be a pollworker on any of these dates, please contact the Newton Election office at elections@newtonma.gov.

As we’ve done every two years, LWVN provided a light supper for our newly elected officials as well as Election Commission members to celebrate the new session.  Many thanks to Frieda Dweck, Sue Flicop, Marcia Johnson, Andrea Kozinetz, and Sharyn Roberts for their help!  We hosted approximately a dozen City Councilors before their meetings at City Hall, 1 School Committee member, 1 Election Commissioner, Mayor Fuller and several staff members.